The recent increase in Bitcoin mining difficulty by 9.26% means that it is over 30.97 trillion which is higher than it was in January. The total hash rate in the network is close to 230 EH/s, again, the largest number since January. At the same time, the asset has been tanking in the market and reached one of its lowest points since December 2020. For many US-based miners, the prospect of making living by mining became unobtainable.

Other mining opportunities are also underwhelming

ERGO, VertCoin and RavenCoin were named among the most interesting projects for GPU miners, but it is also a questionable direction for the whole mining industry. The Ethereum merge created an impossible problem for miners to solve — where to move next with options dwindling in numbers and quality. RavenCoin seems to be the best next thing for those who have many GPUs idling. However, the market does not seem to be overly interested in this asset.

With more people arriving on the network to utilize their GPUs, the average reward is reduced while costs increase. The difficulty of the network is also increasing rapidly.

The same is happening across the industry. It means that ERGO, VertCoin, and RavenCoin are unlikely havens for miners who lost their income after the “Merge”.

There are many prospects for miners, but none of them are mining-related

Many people who are now sitting on mostly useless GPUs and ASIC units do not have a really good backup plan. Mining BTC with GPUs is not as efficient. Even if it was, the difficulty spike indicates that there is strong competition against the backdrop of high energy prices. Selling GPUs, using them to build PCs, or just tucking them in a basement are all better ideas than joining the mining race.

📰  Galaxy Digital To Cut Down Workforce By 20%

Alexander Fedorov is a new writer on Tokenhell, his articles are about on cryptocurrency news and platform reviews. We recommend keeping an eye on his latest posts as they are always very informative and super interesting. 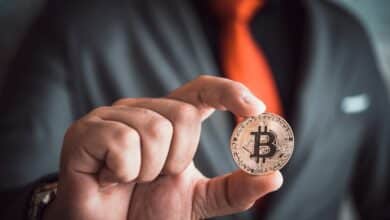