Various central banks all across the whole world are working on introducing their own Central Bank Digital Currencies including the Central Bank of China, Japanese central bank, and European central bank. And they aim to launch their respective CBDCs as soon as possible. Meanwhile, a research company based in Europe has claimed in a new report that there are at least three to five countries that are planning on replacing their fiat currencies with central bank digital currencies within the duration of the next ten years.

In a recent report shared by dGen, the fintech and blockchain research firm explored the Central Bank Digital Currency and its potential impact. The research company believes that those countries that are developing their own central bank digital currencies might be looking to fully implement them while replacing them with their fiat currencies.

The dGen report claims that during the next ten years, at least three to five countries are surely going to replace their currencies with CBDCs by 2030. However, the report did not specifically mention the names of those countries.

But the report outlined some of the countries that are very near to launch their CBDCs. These include China that has completed the development of its central bank digital currency known as Digital Yuan and is currently conducting pilot trials on its DP/EC in various major cities of the country. The central bank of China is expected to launch the digital Yuan next year.

Apart from this, Sweden is also very near to release its central bank digital currency known as digital Krona. Sweden started the testing phase of digital Krona at the beginning of the year 2020 and conducted some trials. The country aims at removing the usage of cash by replacing it with e-Krona.

In the report, the research company also highlighted the fact that if the digital Euro does not get launched by the year 2025 there is likely a chance that the digital Yuan of China may overtake it.

📰  Ubisoft Is All Set To Pursue Its Non-Fungible Token Plans 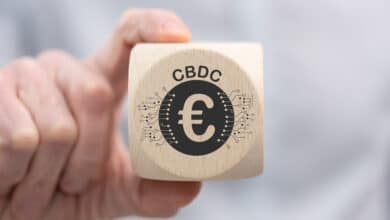 Digital Euro – Everything There Is To Know About This CBDC