Bo Shen, a partner at Fenbushi Capital, recently had a system breach, and the hacker made off with over $40 million. However, A blockchain security company, Beosin acknowledged that this vulnerability may have been caused by hacked or leaked private keys.

Another Hack Attack In November

The crypto venture investor said that a cyber exploit on his Ethereum wallet caused a loss of $42 million in his assets.

Beosin, a blockchain security company, has made assumptions that this vulnerability may have been caused due to exposed private keys.

Following the series of hacktober attacks—a term for October attacks—exchanges and corporations lost a lot of money, with over $500 million hacked from firms this year alone, according to a report. This hack sequence has also made its way down to this month, with the latest hack of Fenbushi Capital’s founding partner.

Bo Shen’s recent hack attack was one that involved a breach of his private wallet on November 10th, resulting in the loss of almost $40 million in crypto assets.

The value of his holdings ranged from $38 million in stablecoins to other tokens like Uniswap tokens, USDT, and others. When his wallet was scanned, this analysis was displayed based on on-chain data.

Shen tweeted this report to the public, claiming that over $40 million was taken from his Ethereum private wallet in a major breach, with over $38 million of these assets being stablecoins. He also provided some information on the wallet, including the date of the attack, November 10th, and the wallet’s ending number, 894.

Analysis Of The Hack

He went on to say that he reported the wallet breach to authorities, as well as emphasizing that the assets stolen were his personal assets, not the firm’s. This statement was required to avoid any uproar among investors over the security of their investment in the business.

Beoson, a blockchain security firm, confirmed the report, stating that the breach might have been caused by leaked or compromised private keys. That is, the hacker was able to obtain the private keys in order to gain access to the wallet and then drain all of its assets. The stolen cash was also traced to two Ethereum wallets controlled by these hackers. 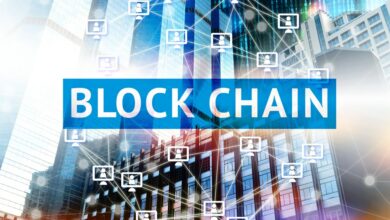