FIA (Federal Investigation Agency) of Pakistan has officially released a notice warning Binance (a prominent crypto exchange) suspecting its association with a crypto scam of several million dollars being carried on within the constituency. The authorities of Pakistan initiated a criminal inquiry after getting a lot of complaints regarding a continuous scam that takes account of deceiving the investors by persuading them to transfer their funds from Binance to some anonymous third-party wallets.

As per the local coverage, the Cyber Crime Wing of FIA has released an attendance order for Hamza Khan (the GM of Binance Pakistan) to discover the link of the exchange with deceitful mobile applications for online investment. The agency has also sent an adequate survey to Binance US as well as Binance Headquarters Cayman to provide elaboration of the matter.

In the notice, it is mentioned that in these frauds the consumers were asked to get registered on Binance. After that, they were recommended to transfer their funds to anonymous third-party wallets with false promise of returning them.

The notice further stated that these schemes provide benefits to the old clients taking funds from the new ones and in the end, they vanish after collecting significant capital with a worth of billions in rupees.

In line with the complaints raised on the behalf of the residents, the Pakistani organization pointed out a minimum of 11 fraudulent mobile applications that halted their operations after effectively robbing the funds of the consumers. The apps that FIA mentioned include 91fp, TASKTOK, UG, BX66, AVG86C, BB001, OKIMINI, FXCOPY, HTFOX, HFC, and MCX.

Apart from instructing the consumers to have a registration with Binance for the transfer of their funds, the victims were added by the swindlers on a group of Telegram to provide efficient betting indicators. More than 5,000 consumers were hosted by each of the applications on average. The notice additionally revealed that the agency has identified nearly 26 addresses of the wallets based on the Binance blockchain to be responsible for transferring the swindled amount.

Binance Holdings Limited has been given a letter to provide the details regarding the respective wallet accounts on its blockchain along with repaying the amount after blocking them. The details regarding the API integration mechanism as well as formal supporting documents utilized by the swindlers have also been demanded from Binance. 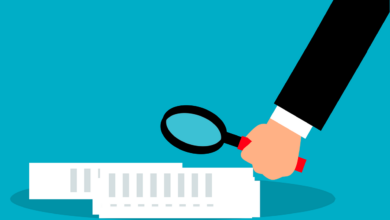