The United Kingdom has created a central bank digital currency task force to create its virtual currency. Many countries have announced plans to create a CBDC, and the UK is the next in line to commence plans concerning the subject matter. China is one of the most prominent countries with commenced CBDC plans, which has influenced other nations to make a government-owned digital currency.

Bitcoin’s success as a virtual currency and asset has been the inspiration behind the latest creations. Her Majesty’s Treasury and Bank of England have started making plans regarding a central virtual currency. The regulator has started studying virtual currency, and this could lead to its creation.

The UK has created a CBDC workforce

The UK has commenced preliminary plans by creating a CBDC workforce with the region’s central bank. This information was seen in a file shared by Her Majesty’s Treasury, and this shows that the nation might eventually create a central currency. The newly created task force would be headed by two of England’s financial experts.

The first is Bank of England’s deputy governor, Jon Cunliffe, and HM treasury’s director-general of financial services, Katharine Braddick. In the file shared by HM treasury, the task force would help regulators of the region regarding matters of the Central Bank Digital Currency creation.

The task force would work on many things regarding the CBDC, and some of its concerns include its design, operation, and implementation within the region. The agency would work towards finding problems associated with creating a government-owned digital currency by meeting relevant stakeholders, such as fintech, industry experts, and other individuals with related knowledge.

It would be chaired by a representative from HM treasury and the Bank of England, and one of its duties is to check the recent global development of CBDCs in other countries. Many nations are currently creating government-owned digital currencies, which would allow the task force to learn from recent technological happenings.

The UK to focus on digital currencies

Asides from the task force, the Bank of England would create another relevant unit, which would also be headed by Jon Cunliffe, who is BoE’s deputy governor. Sources believe that the UK wants to focus on fintech and digital currencies as the world is becoming more open to digital assets.

The new focus could be because of the effect of Brexit. One of the exchequer officials, Rishi Sunak, shared how the UK was offered an opportunity to remobilize its financial services by Brexit.

The UK has been working on many opportunities to facilitate its financial services, and one of its interests includes stablecoins. John Glen, one of the region’s known experts, explained how stablecoins regulations are presently the region’s focus. Asides from cryptocurrencies and digital assets, the UK is working on expanding its technological reach.

Sunak also revealed that the region would create a fintech sandbox that would lead to the development of blockchain technology. The technology remains one of the globe’s recent interests as cryptocurrencies have led to growing demands for tech.

Join the 1xBit Adventure with a 0.5 BTC Prize Fund 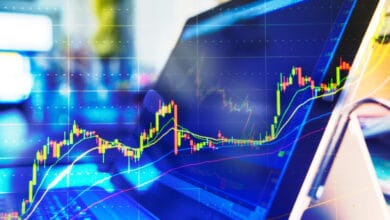