An amount of $664 million worth Bitcoin has been transferred between the crypto exchange Binance and unknown wallets.

The Twitter bot account Whale alert has tracked the transactions that occurred between Binance and anonymous wallets. According to the report of Whale Alert, several bitcoin transactions have been made between them. 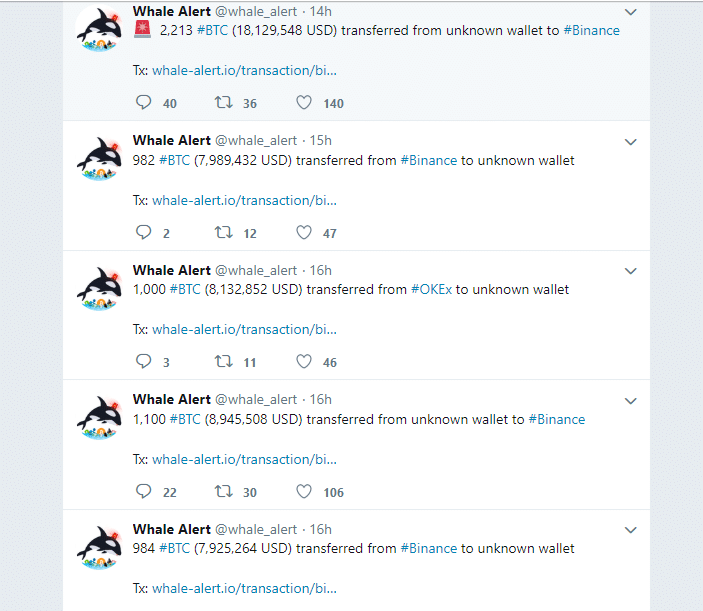 These unknown or anonymous wallets were without their owners. But during these three transactions that were made, the address of the unknown wallet was the same.

The Reaction of Crypto community

Whenever a large transaction occurs, the crypto community shows its reaction. This time it also reacted to this large bitcoin transaction in which crypto exchange Binance was involved. Some believe that Bitcoin’s price is about to dump. But some people think otherwise.

While commenting on the Whale Alert report, a Twitter user commented that despite seeing several transfers to crypto exchanges Coinbase, Binance, bitstamp, and Okex, still the price value of the coin remains uninfluenced and says that BTC price is not dumping.

seeing so many transfers to coinbase, bitstamp, binance, Okex but price is not dumping…

Ternion Exchange Review | Things to Know Before Signing Up