Xinhua, the Chinese state news agency has published an article about Bitcoin on the front page of its newspaper.

The bitcoin article is published under this title: “Bitcoin: The First Successful Application of Blockchain Technology.”

This news was first reported by Matthew Graham who is the CEO of Sino Global Capital.  He posted this news on his twitter.

While discussing this, Matthew Graham stated:

They can’t ignore Bitcoin, but they don’t really want to encourage it either. They want to slowly push and pull people in the direction of their own vision. What is that vision? State-controlled DCEP in conjunction with blockchain technology throughout the economy.

BTC Positive and Negative aspects are discussed in Article

This piece of the article was not only consisted of compliments of bitcoin rather its major focus was on the negative aspects of the world’s leading cryptocurrency.

These negative aspects of bitcoin discussed in the article include the volatile price of bitcoin, the energy-intensive nature of bitcoin and a suggestion that centralization is a problem.

First of all, Bitcoin is not a tangible currency. It is produced and operated on the Internet … [Unlike] banknotes [which are] supported by national laws and sovereign credit, Bitcoin is completely born in modern technology Internet era.

However, the article also focused on some positive aspects of the world’s leading crypto asset. The article stated that people can use this digital currency to transfer their money without any identity verification.

The article discussed the characteristics of bitcoin in the following words:

Good anonymity, the identity of the account holder will not be known to anyone. People can freely transfer money through Bitcoin without having to verify various identity information like bank transfer.

China may be considering lifting its ban on BTC Trading

In September 2018, the Chinese government imposed a ban on the trading of Bitcoin and now its one of the top newspapers has published a BTC article on the front page.

This article about bitcoin is given importance by the Chinese newspaper. This could mean that China is considering lifting the ban from the trading of Bitcoin. 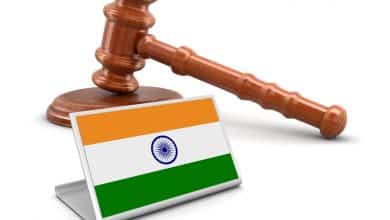