On Friday, November 25th, via his Twitter page, Willy Woo, the widely known on-chain analyst, made a criticism of the biggest crypto exchange, Binance’s Secure Asset Fund for Users (SAFU). Willy Woo made a somewhat comprehensive analysis, and while likening it to the crypto exchange, FTX, by creating an insurance fund that is backed by FTT, he criticised it and raised security reasons.

According to him, it is rather unwise from a security standpoint to have about a whopping 44% of the entire SAFU insurance fund supported by BNB.

He further explained that the SAFU insurance fund now has BNB $367 million, which makes up about 44% of the entire thing. In addition to that, the fund only has about $270 million worth of bitcoin while having another whopping amount of Binance’s stablecoin (BUSD) worth about $300 million.

📰  Uniswap (UNI): Social Front Developments May Have This Effect on Holders

Willy Woo, while applauding the crypto exchange’s initiative to create such a fund, did not see the need to have it backed by BNB at all, not to mention a significant percentage of 44.

While expressing his displeasure further, Willy Woo made a comparison and likened Binance’s SAFU insurance fund being largely backed up by BNB to the same thing as FTX creating an issue fund and having it largely filled with its tokens, FTT. He described it as reckless and found no sense in such an endeavour.

To buttress his point, Willy Woo reminded the industry that, in fact, on the 9th of November, Binance had added BNB and BUSD tokens worth about $700 million to the SAFU fund alongside a measly $300 million worth of bitcoin.

The analyst has however directed the attention of people to the fact that the fund has declined to about $837 million owing to the market condition.

Willy Woo noted that the SAFU fund is at a huge risk of plummeting should the market condition decline further. Since the determinant of the BNB’s price stability is the exchange, Binance itself, Willy stated that it just made no sense that it would back up the SAFU fund.

As if to prove a point, the price of BNB has gone down about 1% and is currently traded at a price of $296. 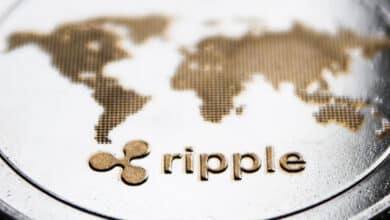 Horrible Behavior Should Be Disincentivized By Regulators, Says Ripple CEO